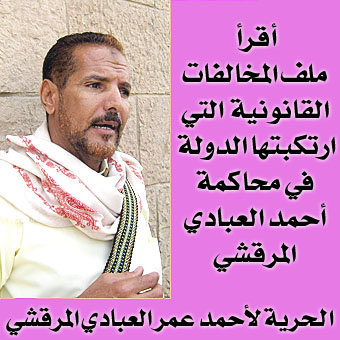 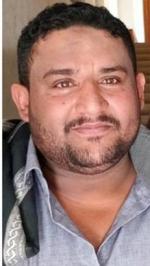 The Cabinet is investing another 266 million euros into speeding up the construction of mainly affordable homes. The money will go to 30 projects spread over the country, which aim to create almost 45 thousand homes by 2023, the Ministry of Home Affairs and Kingdom Relations announced on Thursday. 67

Methamphetamine overdose deaths surged in an eight-year period in the United States, according to a study published today in JAMA Psychiatry. The analysis revealed rapid rises across all racial and ethnic groups, but American Indians and Alaska Natives had the highest death rates overall. The research was conducted at the

Chargers quarterbacks coach Pep Hamilton could be moving on to a new job this week. Hamilton is drawing interest for a pair of offensive coordinator openings. There was word of the Steelers’ desire to speak to Hamilton last week and NFL Media reports that he will interview for the job

U.S. refiners are girding for a painful slate of fourth-quarter earnings, reflecting the pressure of rising crude prices, weak demand due to renewed COVID-19 travel restrictions, and higher costs of associated with blending of renewable fuels into their products. Seven U.S. independent refiners are projected to post an average earnings-per-share

With her 14-inch waist and towering hair, Dolly Parton is as gorgeous now as she was at the start of her 60-year career. The icon &#8211; who turns 75 today &#8211; is famed for her elaborate hairstyles and gravity-defying body, as well as her epic songs. And that&#8217;s just the

Adam Mosseri, the head of Instagram, isn’t thrilled with the platform’s TikTok competitor Reels. He discussed the format, which launched in the US in August, during an interview with The Verge’s Decoder podcast today. “I’m not yet happy with it,” he says. “We’re growing both in terms of how much

Samsung Electronics Vice Chairman Jay Y. Lee will not appeal to the Supreme Court after he received a jail term of two-and-a-half years last week on charges including bribery, Yonhap reported on Monday citing Lee’s lawyer. The lawyer’s firm, Bae, Kim &#38; Lee, and Samsung did not have an immediate

While deaths related to heart disease have declined among older people, studies suggest that death rates among younger patients have remained stagnant or increased slightly. To understand what factors put younger individuals at higher risk of premature coronary heart disease (CHD), researchers from Brigham and Women&#8217;s Hospital and the Mayo

Chargers head coach Brandon Staley has reportedly settled on a special teams coordinator. Ian Rapoport of NFL Media reports that the team is hiring Derius Swinton to fill that role. Swinton spent the last two seasons with the Cardinals and served as the assistant special teams coach in 2020. He’s

The Eagles are working on Nick Sirianni’s coaching staff and their search for an offensive coordinator includes a member of the Broncos staff. Mike Klis of KUSA reports that Broncos running backs coach Curtis Modkins is set to interview with the Eagles on Sunday. Modkins has spent the last three

Many patients with multiple myeloma, a type of blood cancer, eventually develop resistance to one treatment after another. That&#8217;s in part because cancer stem cells drive the disease—cells that continually self-renew. If a therapy can&#8217;t completely destroy these malignant stem cells, the cancer is likely to keep coming back. Researchers

Amazon-backed electric vehicle startup Rivian has raised another $2.65 billion, bolstering its position as one of the most well-funded EV startups in the world. The investment round was led by T. Rowe Price and included Amazon’s Climate Pledge Fund, Fidelity Management and Research Company, and investment firms Coatue and D1

A new study shows that intense immunosuppression followed by a hematopoietic stem cell transplant may prevent disability associated with multiple sclerosis (MS) from getting worse in 71% of people with relapsing-remitting MS for up to 10 years after the treatment. The research is published in the January 20, 2021, online

The world’s 20 best-performing hedge funds earned $63.5 billion for clients in 2020, setting a record for the last 10 years during a chaotic time when technology oriented stocks led a dramatic rebound from a pandemic induced sell-off, LCH Investments data show. As a group, the most successful managers earned

All week long on PFT Live and PFT PM, we made this point regarding Chiefs quarterback Patrick Mahomes: The concussion that removed him from the second half of last Sunday’s playoff win over the Browns may have helped him avoid doing more damage to his obviously injured toe. The toe

iFixit’s long in the making AirPods Max teardown is finally complete, giving an exhaustive look at the internals of Apple’s debut over-ear headphones and an idea of how easy they are to repair. iFixit even went as far as to teardown Sony’s WH-1000XM4 and Bose’s NC 700 headphones for comparison.

A toddler left on his own for &#8220;seconds&#8221; was strangled by a bedroom blind cord in a tragic accident. Joey Walker, two, became trapped in a looped cable installed by a previous tenant. His heartbroken mum, Chloe Armstrong, told how she desperately tried to save his life after discovering him

Deutsche Bank starts probe in relation to engagement with some clients

A new study has found a brain pressure disorder called idiopathic intracranial hypertension is on the rise, and the increase corresponds with rising obesity rates. The study is published in the January 20, 2021, online issue of Neurology. The study also found that for women, socioeconomic factors like income, education

Colts defensive backs coach Jonathan Gannon was a much-discussed candidate for defensive coordinator jobs in this cycle, and now he’s found his spot in Philadelphia. The Eagles have agreed to terms with Gannon to be their defensive coordinator, according to NFL Network. Gannon also had interviews with the Chargers and

Deep sleep takes out the trash

A new Northwestern University study reaffirms the importance of getting a good night&#8217;s sleep. By examining fruit flies&#8217; brain activity and behavior, the researchers found that deep sleep has an ancient, restorative power to clear waste from the brain. This waste potentially includes toxic proteins that may lead to neurodegenerative

Buccaneers want Antonio Brown back in 2021

A blank-check acquisition firm backed by veteran investor Bill Foley is nearing an agreement to take Alight Solutions LLC, the U.S. benefits services provider owned by buyout firm Blackstone Group Inc, public at a valuation of $7.3 billion including debt, people familiar with the matter said on Sunday. The deal

Researchers at the National Institutes of Health have discovered a new genetic disorder characterized by developmental delays and malformations of the brain, heart and facial features. Named linkage-specific-deubiquitylation-deficiency-induced embryonic defects syndrome (LINKED), it is caused by a mutated version of the OTUD5 gene, which interferes with key molecular steps in

Bridgewater Associates founder Ray Dalio wrote on Twitter on Sunday that the United States is still in a “terrible financial state” and remains “terribly divided”, but added he liked what he heard from President Joe Biden at his inauguration. The hedge fund billionaire wrote that the question was whether the

NFL continues to make the pandemic a non-issue

The pandemic continues to rage out of control. The NFL continues to not flinch in the face of it. Yes, the 2020 season included several outbreaks — in Tennessee, Baltimore, Cleveland. But despite some fairly major surgery to the schedule, including a three-week delay in a game between the Steelers

Welcome to WordPress. This is your first post. Edit or delete it, then start writing!